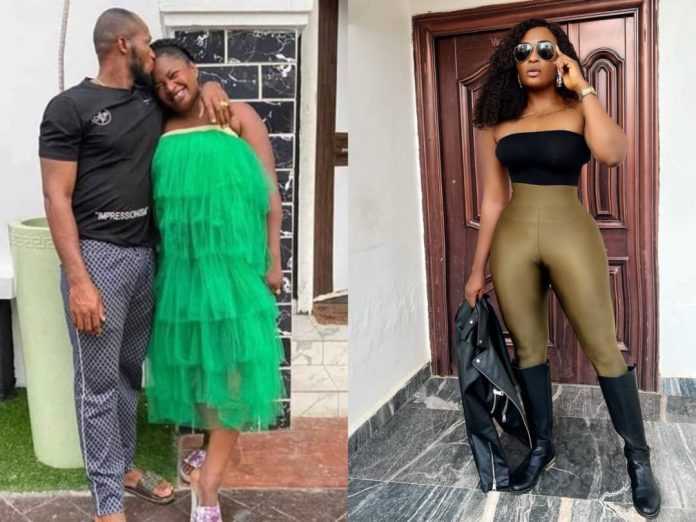 This is coming barely 2 months after the death of IVD’s wife, Bimbo who died under controversial circumstances involving him.

Blessing CEO took to instagram this morning to share an image of her initials tattooed on a man’s hand and wrote a long caption to express her happiness. She gushed over the unknown man who turned out to be the boss of IVD autos, IVD.

Never been so bold to post any MAN on my timeline on social media.But I don’t know why you seem so right❤️.Mixed feelings (fear and excitement)I taught my feelings had died with my past, but you came and made it easy and effortless for me to bend almost all my rules and open all my boundaries.You are strong because so many MEN tried even with money, but I did not bend,but you came and did noting and I have tumbled and falling for you …Thank you boo boo .And I am happy to say ❤️ you .Happy new year …I love the Tatooooo ❤️❤️❤️🎶It’s my wallpaper and screen saver 🥰.

IVD himself became active again on social media after going off for a while following the death of his wife.

In a new photo shared online, he’s seen with tattoo that matches exactly that posted hours earlier by influencer Blessing CEO, confirming the rumors making the rounds that the two are involved in a romantic relationship.

Recall that Blessing CEO was arrested few weeks ago by the family of late IVD’s wife for making false claims about the circumstances surrounding her death.

When a fan commented under Blessing’s post to know if it was indeed IVD, she simply said “never say never”.

Nigerian singer, Teni displayed her significantly reduced figure as she prides herself on Instagram. The...
Music

Nigerian singer, Teni displayed her significantly reduced figure as she prides herself on Instagram. The...